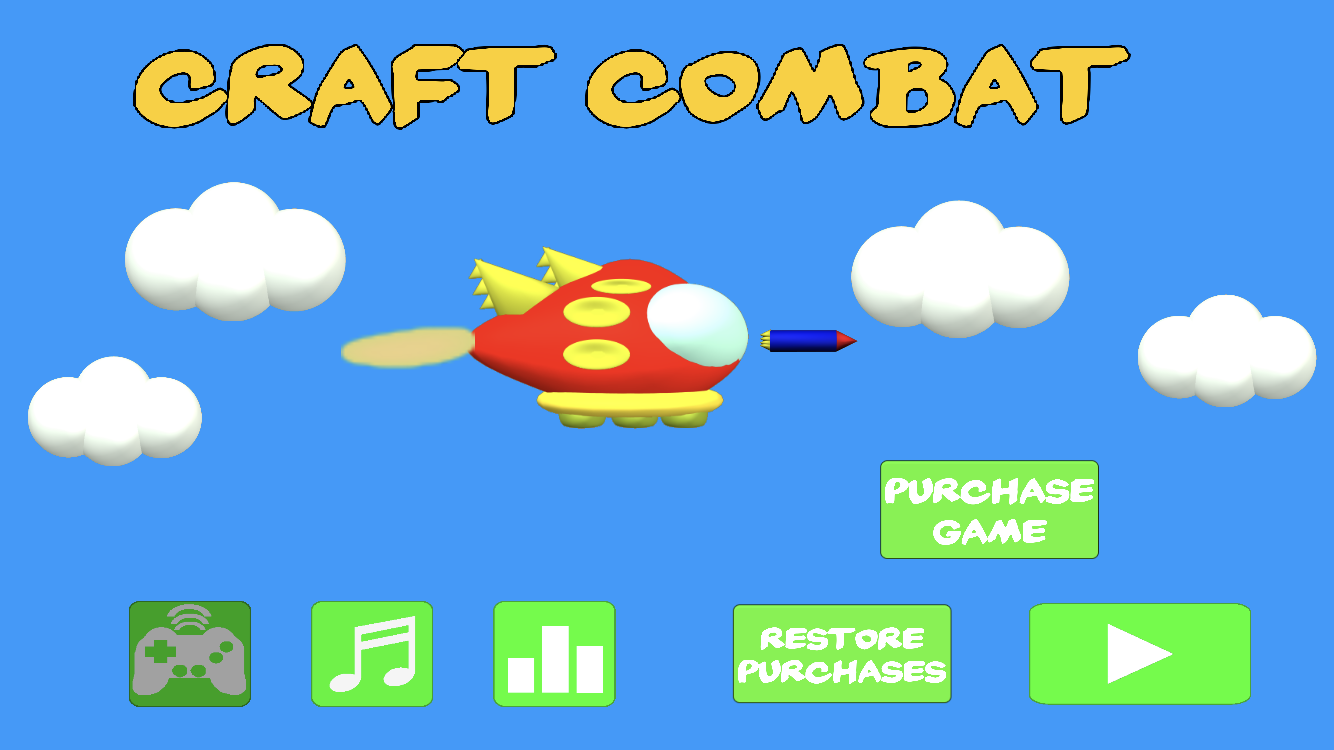 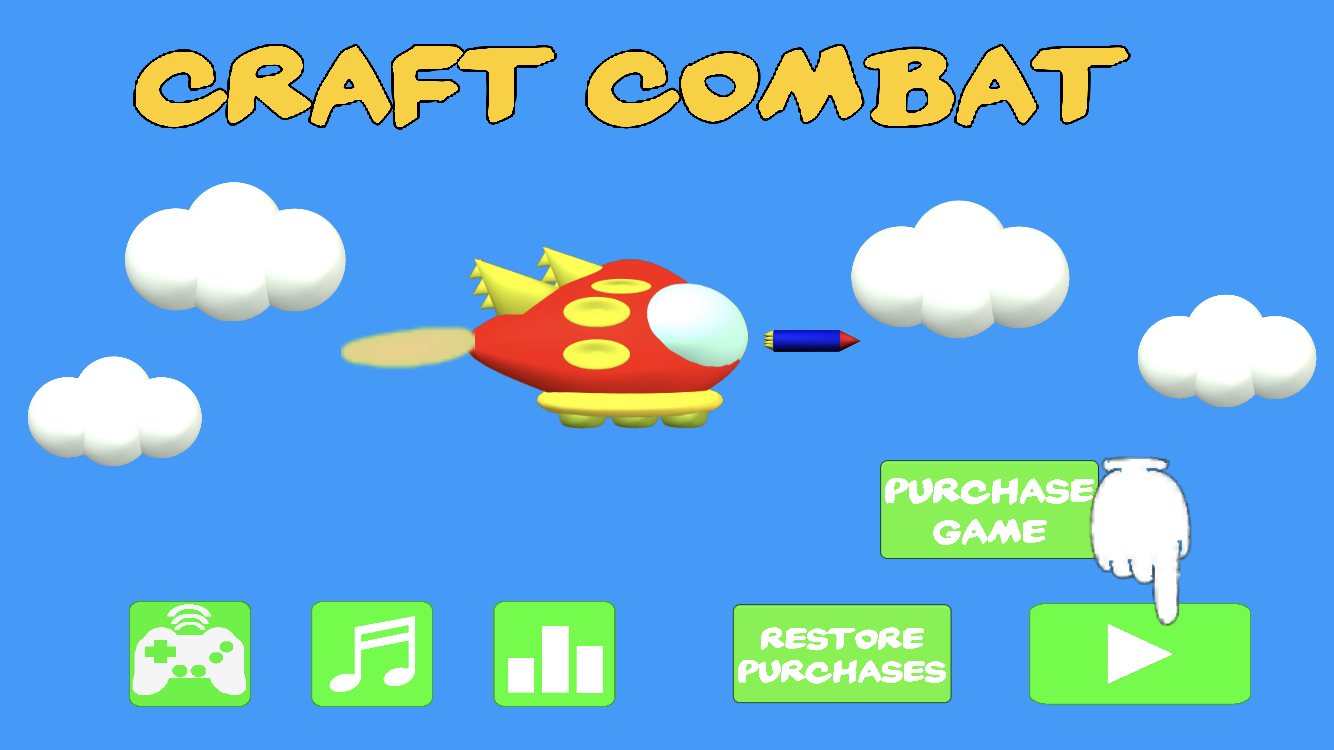 When pressing the first button on the left ("Game Controller Button") seen above, you will notice a hand cursor that will be controlled by your wireless gamepad controller.  You can move this hand cursor left and right using the gamepad's D-Pad or analog stick.  Move the hand cursor to any button and press the gamepad button to select that particular button. 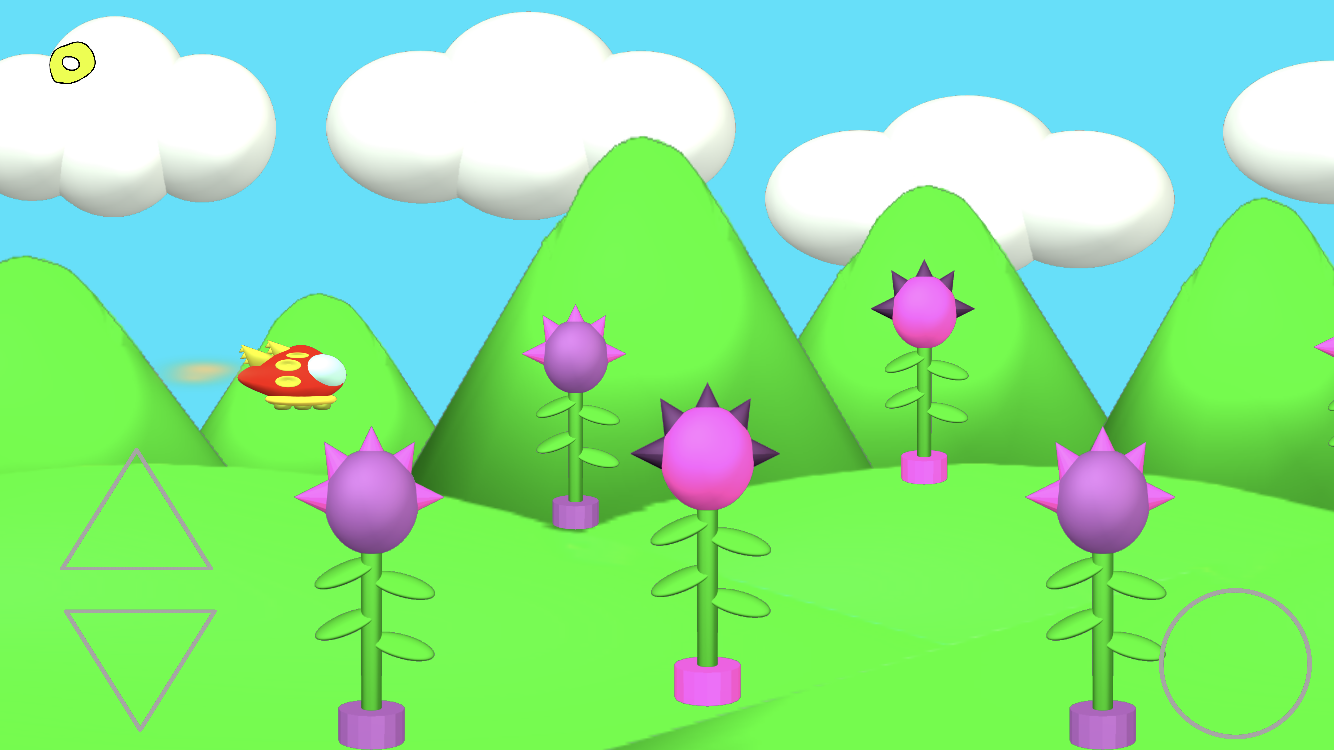 If you're not using a wireless gamepad controller, you can play the game by using your fingers to press the buttons on the screen to move the aircraft up and down, as well as fire your weapon.

The Selection Screen allows you to select the level you wish to play.  When you first start the game, only level 1 will be unlocked.  In order to unlock the other levels, you must complete the levels previously.  In other words, to play level 2, you must successfully complete level 1, and so on. 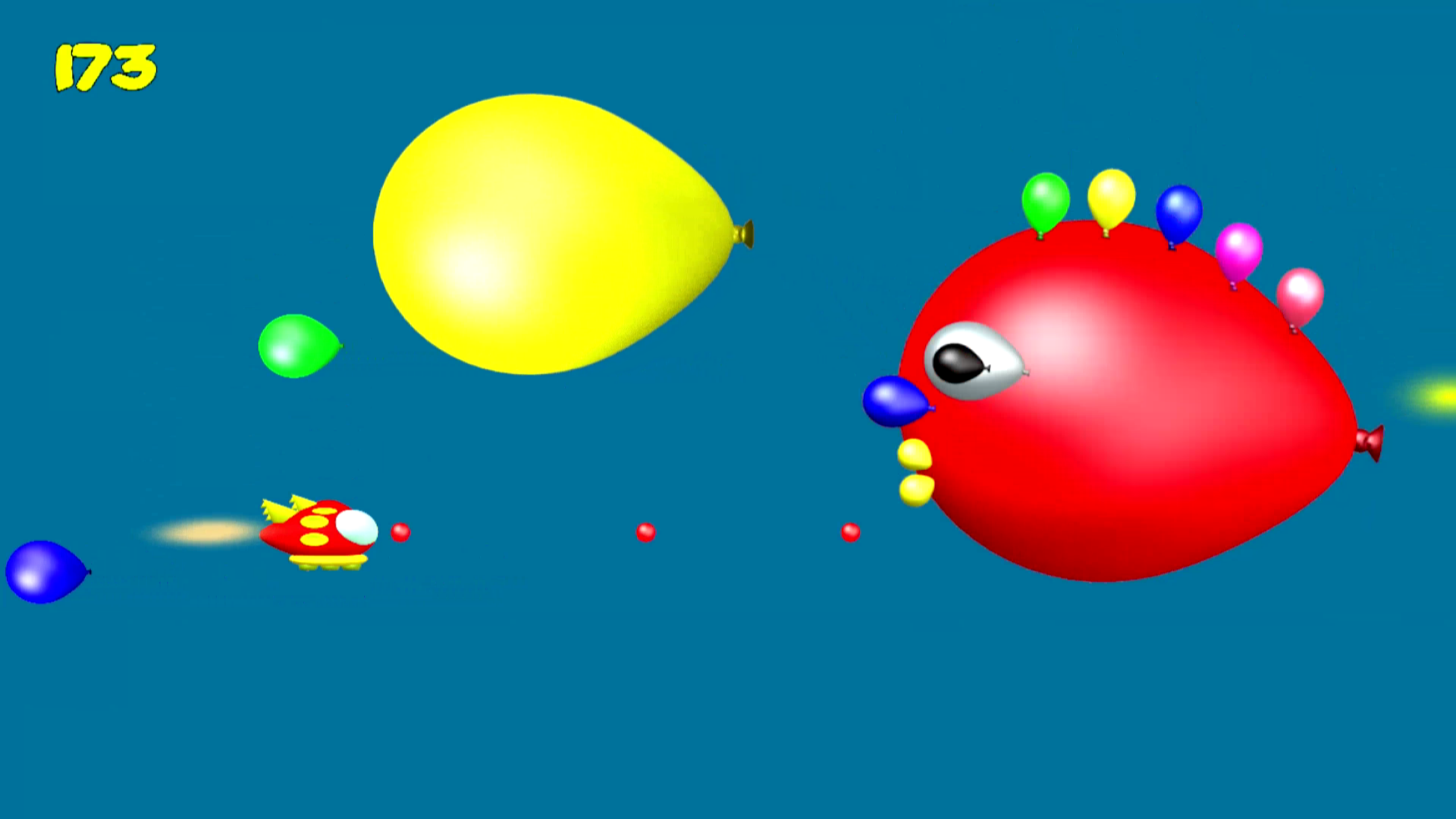 This is the game play screen.  In order to complete each level, the player needs to successfully defeat each leader in that level. Your score is at the top left of the screen. 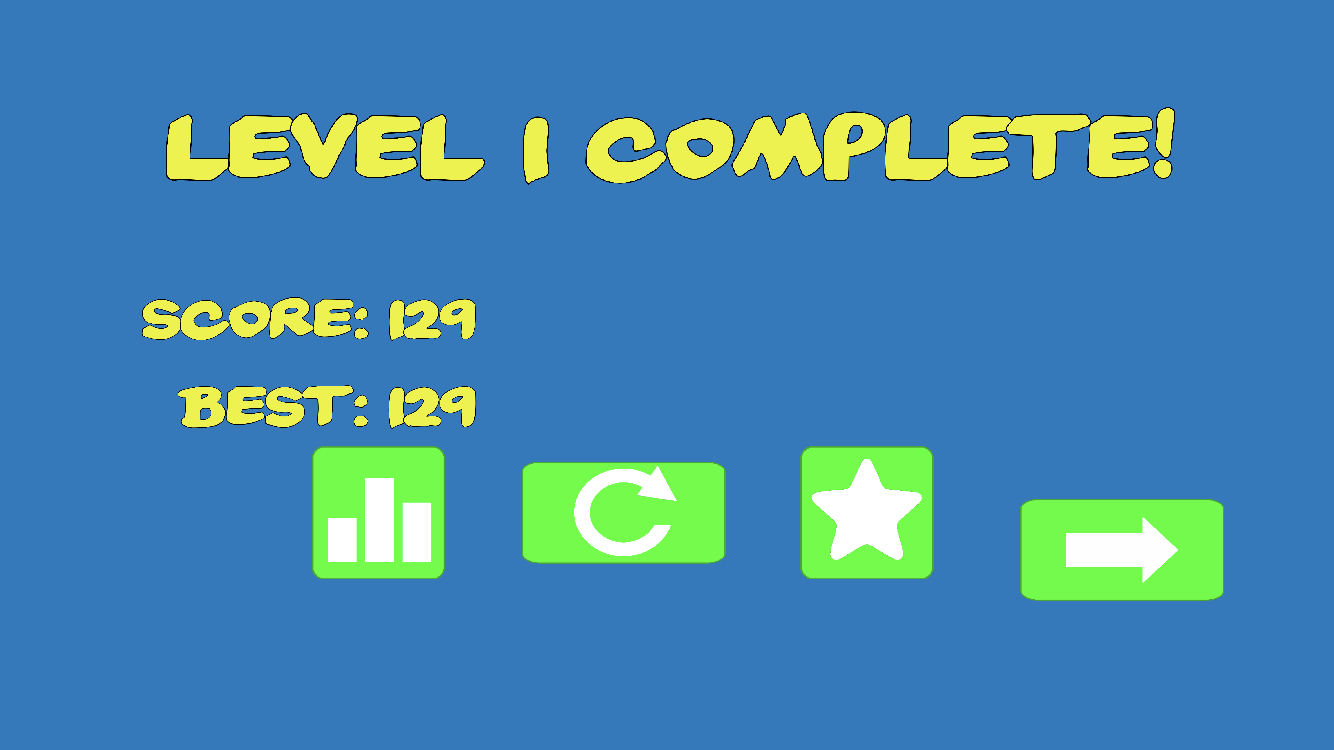 The summary screen is displayed when a level is successfully completed.  Here, you will see the score and your best score after completing the level. 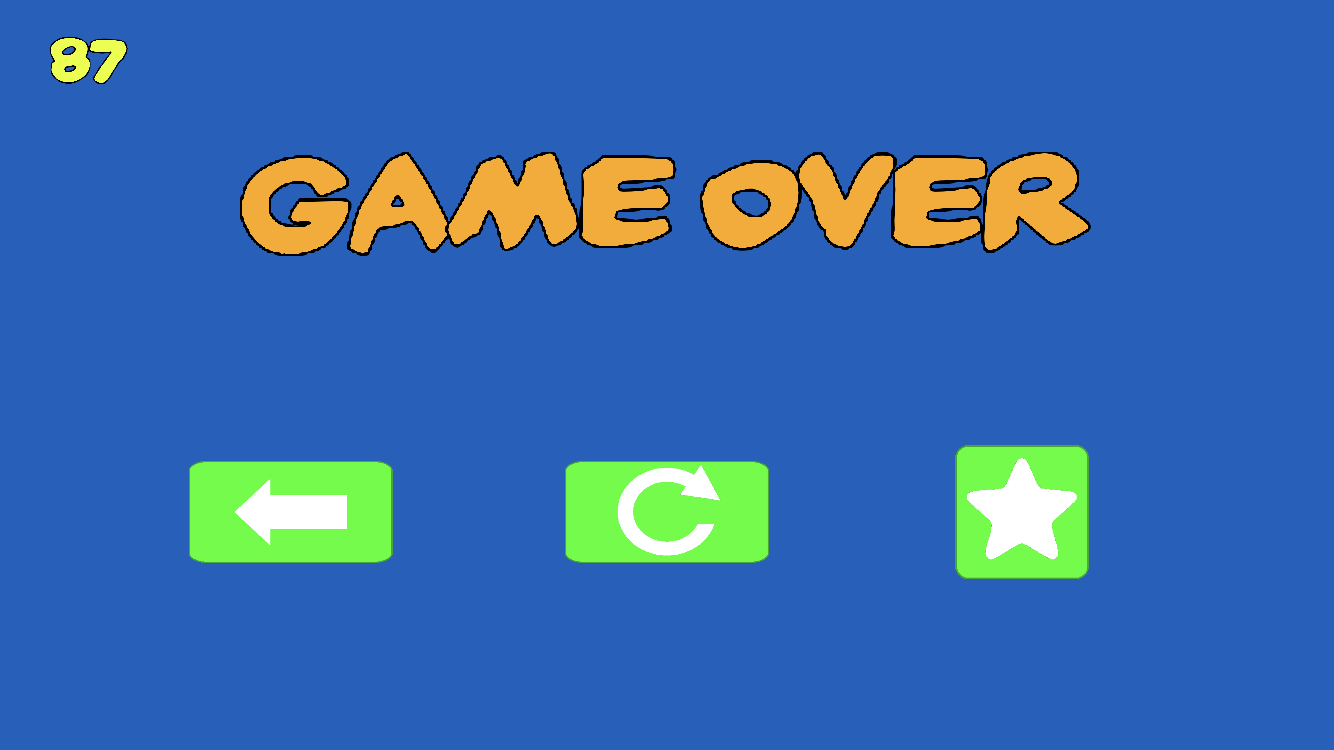 The Game Over screen is displayed whenever the player finds himself in trouble, such as after being attacked by an enemy, leader, or by other obstacles. Three buttons are displayed during this time - Back, Replay and Rate.

How To Score Points 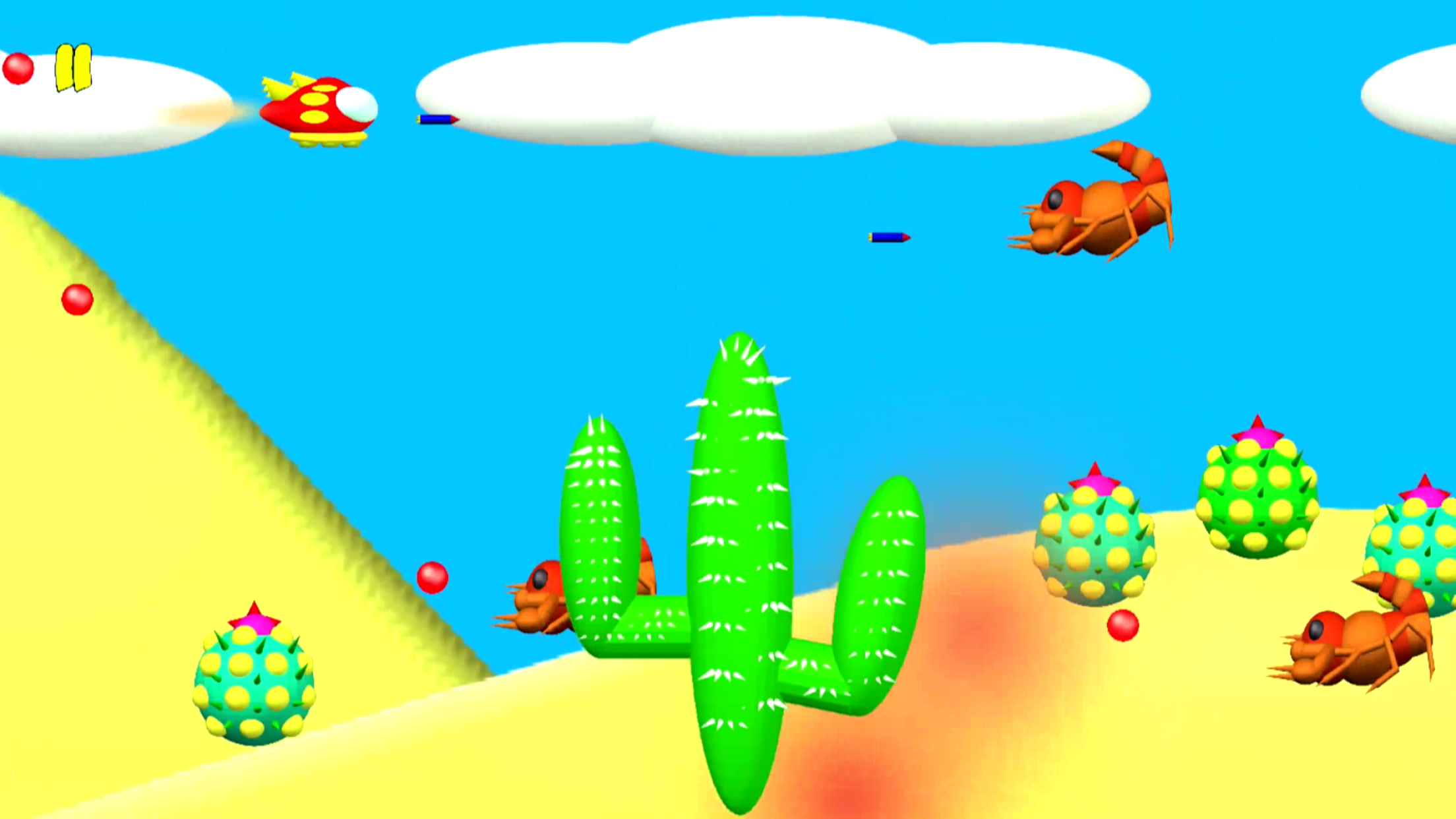 Shoot weapons to strike and defeat enemies in the air to earn a point. 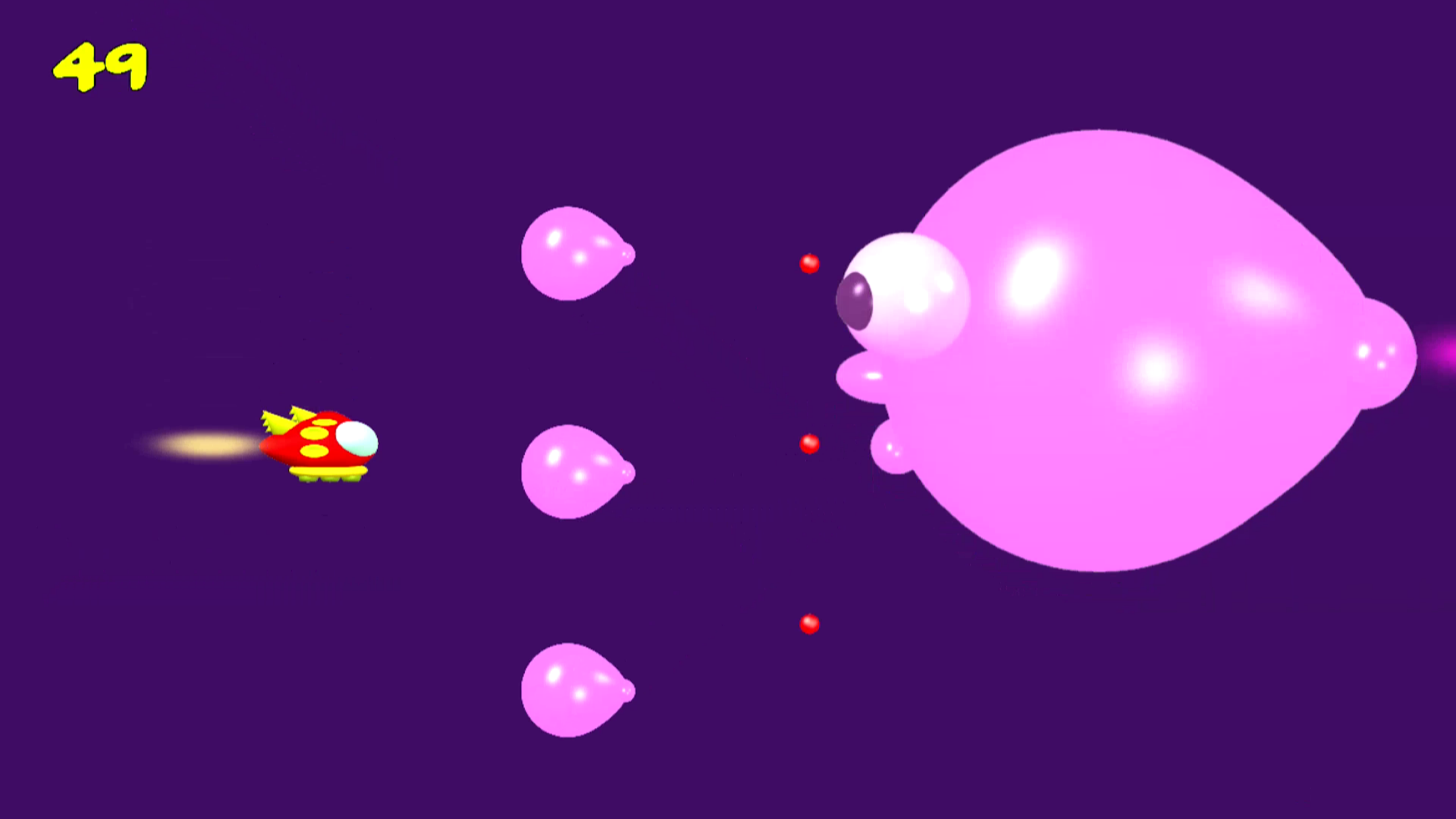 Shoot weapons to strike and defeat leaders in each level to earn points. Some weapons may vary on how you can score. See below for details.

When you first start the game, you automatically have a normal weapon that shoots bullets.  You can fire a bullet by pressing the "fire button" on screen or by pressing a button on a wireless gamepad controller.  You can enhance your gameplay experience by collecting capsules which will make it easier to defeat enemies, leaders, and earn points depending on the weapon you're using.  There are advantages and disadvantages for each capsule collected.

Machine Gun - when you collect this capsule, you can hold your finger on the fire button for rapid fire and it will automatically fire bullets until you release your finger.

Spread Gun - when you collect this capsule, you can shoot by pressing the fire button and the bullets will spread in 3 directions

Laser Gun - when you collect this capsule, you can shoot by pressing the fire button and a laser shaped bullet will fire